In 2018, New York City expected to collect as much as $631 million in parking fines. And with the amount collected in fines increasing each year, the city of New York will likely have collected even more this year. What’s interesting is that the city makes three times more in fines than it receives from legal parking meters.

The amount of money NYC collects from parking fines could be a lot less if more people realized that not every New York City parking ticket that was issued to them was valid.

What You Should Know Before You Pay Your Parking Ticket

It may seem that the easiest route is to simply pay after receiving the ticket, particularly if the fine doesn’t seem that hefty that you. The city’s department of finance has even made it easy to pay your tickets by giving you the ability to pay online, by mail, or at one of the various business centers.

But whether it’s $60 for parking in a general no parking area or $180 for parking in a zone reserved for people with disabilities, that’s still money you’ve worked hard to earn. If you were to get at least one ticket a month, you could be paying thousands in parking fines a year without realizing it.

Because of your busy lifestyle, you may also worry that you’ll forget about paying the ticket and end up incurring additional ticket fines. So instead of disputing parking tickets because you think it’s not worth the fight or you want to avoid paying late penalties, you go ahead and pay the ticket. However, here are a few things you should know before you give up and give in to that pesky orange envelope.

Issuing officers can make mistakes. Parking tickets are issued by traffic enforcers who are just as human as you and I and just as prone to error. Even an issuing officer can have an “off” day and record the make and model of your vehicle incorrectly, rendering the ticket defective.

The officer may look at a scene and miscalculate how close you were parked to a fire hydrant. According to the law, you cannot stop, stand, or park your vehicle closer than 15 feet from a fire hydrant. Even a trained eye can misjudge the distance.

Issuing officers have also been known to forget details, cite the wrong violation code, or incorrectly state the date and time of the infraction. In their haste, their handwriting may become illegible, or they may forget to sign their name or list the county. The plate number, and plate type may have been stated incorrectly. All these things make a ticket invalid.

You shouldn’t be ticketed if your car was disabled. What if your vehicle has broken down suddenly and you can’t move it? You may be able to fight the ticket if you can prove that your car wasn’t illegally parked as you were waiting for the vehicle to be fixed or towed away.

Gathering evidence for your parking ticket dispute is as easy as pulling out your phone to take a photo of the scene. It can be a photo that shows how far you were parked in relation to a fire hydrant, pedestrian ramp, bike lane, or no parking zone. The photo may also show that there isn’t a visible “no parking” sign nearby. Parking meters have also been known to malfunction. And sometimes, it’s as simple as carefully inspecting whether the ticket was issued in error or contained mistakes that make it invalid.

There are also various methods of disputing a parking ticket. You can pick the method that is most convenient for you.

How to Dispute a Parking Ticket

The NYC Department of Finance website will recommend four ways to fight a parking ticket – online, by mail, in-person, and via their app.

The problem with using any one of these four methods to fight the tickets is that you’d be relying on the same department that issues and collects parking fines to be the ones to help you win the dispute. With Ticket Wiper, you have a non-government company that has a team of experts dedicated to helping you get your NYC parking ticket dismissed.

With Ticket Wiper, there is no bot filtering and screening your tickets. Each ticket you submit is reviewed, tracked, and processed by real people who are parking violation experts. With decades of experience, we have a track record of getting an average of 60% of tickets dismissed. We know exactly what to look for in order to dismiss the parking ticket entirely.

While our experienced ticket wipers can work with very little information, providing evidence can improve your chances of winning by as much as 10%. With Ticket Wiper, there’s no need to defend yourself with a good story to prove your innocence. What we do is look for defects on your NYC parking ticket. All you have to do is use the Ticket Wiper app to either enter the ticket details or let the app scan the NYC database for your plate number.

Not only can you dispute New York City parking tickets, but you should. With Ticket Wiper, you don’t have to worry about incurring late fees. The moment your ticket goes into the Ticket Wiper system to begin the dispute process, we place a ‘penalty lock’ on the ticket, which freezes it until a verdict is reached. Ready to win? The Ticket Wiper app is available on the App Store and Google Play. 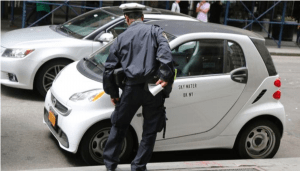 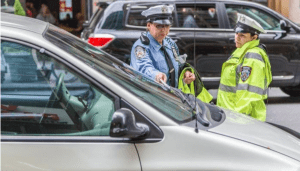 What Happens If I Don’t Pay My Parking Tickets in New York City? 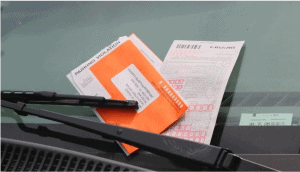 What’s the Best Way to Dispute a Parking Ticket in NYC? 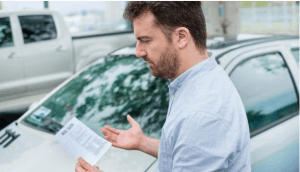 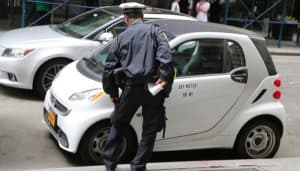