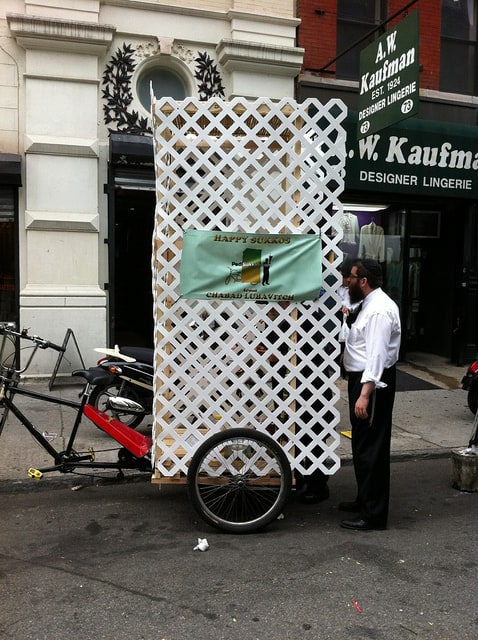 Would you like to have to choose between observing a religious holiday and getting a parking ticket? This was the situation many observant Jews found themselves in recently during the holiday Sukkot. This year, Rosh Hashanah, Sukkot, and Simchat Torah fell on days preceding or following Shabbat, which meant that those observing the holidays would not be able to move their cars from Wednesday through Saturday. City Council Member Stephen Levin saw this coming and attempted to get the alternate side parking rules suspended for the holidays. Unfortunately his request was eventually denied. And of course the result was a massive number of tickets given on Myrtle Avenue, affected numerous Jewish individuals who were just trying to celebrate. Now Stephen is trying to introduce new legislation to permanently fix the problem.

According to King’s County Politics, he had this to say: “No one should be punished for practicing their peaceful religious beliefs. My staff and I reached out to numerous New York City agencies to let them know about this situation. I stressed the need for sensitivity to religious observances. It seemed everyone was in agreement to do the right thing. Unfortunately, the message did not get across. That’s why I’ve decided to draft legislation that will suspend parking regulations during rare occasions like this weekend. No one should have to choose between getting a ticket and observing their faith.”

We look forward to Stephen passing legislation to fix this problem, but in the meantime, if you do end up with one of these pesky tickets, that’s where Ticket Wiper comes in to help. Just download the app below and scan for your ticket in the NYC Database. Then we will fight the ticket for you, and if we win, you only pay 50% of the ticket. Otherwise you don’t pay us a dime. Try it out today!